How to Watch Peaky Blinders Online From Anywhere 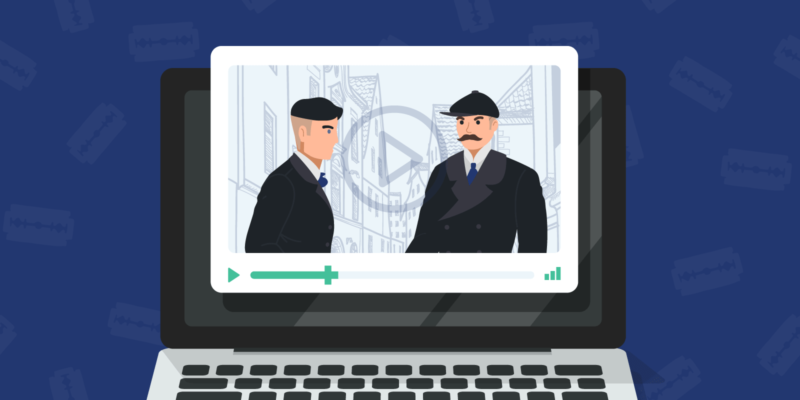 How to Watch Peaky Blinders Online: A Quick Summary

The easiest way to watch Peaky Blinders online is to head over to Netflix, get a subscription, and start streaming the show. It’s available on Netflix in over 37 regions, so chances are that it’s also available where you live.

If that’s not the case, you can still watch it on Netflix. You’ll just need a VPN to bypass regional restrictions. Here’s how you do that:

If you don’t want to pay for a Netflix subscription, you can also stream Peaky Blinders for free on the BBC iPlayer (UK).

Read our full article to find out more about how to watch Peaky Blinders online.

Peaky Blinders is a show that follows the criminal enterprise of the Shelby family. It’s based on a real-life gang that existed in the late 19th and early 20th century, and it’s one of the biggest hits on television.

Its characters, story, scenery, and reviews have turned Peaky Blinders into a worldwide success. Unfortunately, the show is not available in all regions, or on all streaming platforms. So by order of the Peaky Blinders, today we’ll talk about where the show is available, and how you can watch it even if it’s not streamed in your country.

Where to Watch Peaky Blinders Online

Peaky Blinders is available to watch on a few streaming sites. These include:

Your safest bet to watch Peaky Blinders is to subscribe to Netflix and search for it there. It’s most likely available in your country. However, if it’s not, you’ll need to use a VPN to get access to the show on Netflix or try a different platform.

If you want a step-by-step plan on how to watch the show on every platform, keep reading this article. We’ll show you how to watch the Shelby family’s takeover of the underworld without a fuss.

Russia and the UK also show Peaky Blinders on Netflix, but in these countries, you won’t be able to watch the sixth and final season there (yet). The other five seasons are fully available, however.

If Peaky Blinders doesn’t show up when you search for it on Netflix, here’s what you’ll need to do:

If it doesn’t work, try clearing your cache history, or opening a new incognito tab. Browser cache data might still remember your location, even if you use a VPN. If you clear your cache, this shouldn’t be an issue.

Peaky Blinders is a BBC original show, so all six seasons are available to stream on the BBC iPlayer. This is BBC’s own streaming platform, which also features other famous BBC shows, like MasterChef and Eastenders.

However, keep in mind that the BBC iPlayer is only available in the UK. If you live outside the United Kingdom, you’ll need a VPN to enjoy their productions and tag along with the Shelby family on their quest for power.

To watch Peaky Blinders on the BBC iPlayer when you’re not in the United Kingdom, you’ll need to:

We have an entire article about how to watch BBC iPlayer worldwide. Make sure you check it out if you enjoy BBC productions and want to find out more about accessing the BBC iPlayer. If the pricing of VPNs is holding you back, read our guide on how to get a free trial with NordVPN.

The sixth and final season of Peaky Blinders was released on BBC iPlayer in February 2022, and on (regional versions of) Netflix in June 2022. In the UK, it even set a record for the most successful new season launch, with 3.8 million viewers overnight.

Here’s an overview of where you can watch Peaky Blinders Season 6, depending on where you are:

Would you rather use Netflix, instead? A VPN will help you here, too. Simply get a U.S. IP address and watch Peaky Blinders Season 6 on Netflix!

If you want to watch Thomas Shelby’s ascent to power, but Peaky Blinders isn’t available in your country, you’ll need a VPN. A VPN (Virtual Private Network) will route your connection through the servers of a different country, effectively changing your IP.

To watch Peaky Blinders on Netflix, we recommend you use NordVPN. This VPN is quite popular for unblocking region-locked content. It’ll easily show you different Netflix libraries. Even if you do happen to run into trouble, which happens rarely, they have excellent customer service that can help you out right away. This way, you’ll be watching Peaky Blinders in no time.

If paying for NordVPN is a deterrent for you, don’t worry. We have a tutorial that will show you how to get a free trial for NordVPN. In fact, if Peaky Blinders is the only show you want to watch with a VPN, our tutorial will guide you to do just that. (Just don’t forget to ask your money back from NordVPN within that first month!)

If you don’t want to watch Peaky Blinders on Netflix, you can always resort to BBC iPlayer. However, if you’re not from the UK, you can’t use the BBC iPlayer. So again, you’ll need a VPN to access it.

Thankfully, for BBC iPlayer, NordVPN is still our top recommendation. NordVPN has dedicated servers to bypass BBC iPlayer’s regional restrictions. Any UK server should be able to do this, so simply clicking “United Kingdom” in their server list should already give you access to BBC iPlayer and allow you to watch Peaky Blinders (including the latest season) for free.

Why You Need a VPN to Watch Peaky Blinders Online

Not being able to enjoy your favorite show because of where you live can be frustrating. However, companies have a reason for geoblocking restrictions: when a streaming platform makes shows available in a country, they need to have distribution rights for those specific shows, in those specific countries.

This is where a VPN can help you. With a VPN, you can change your IP and make it look like you’re navigating the web from a different country. So even if you live in Poland, when you connect to a UK server with a VPN, you can access UK-only services like the BBC iPlayer.

Streaming Peaky Blinders on Netflix or BBC iPlayer is the easiest way to watch it online. However, if you don’t want to subscribe to any streaming services, you can also enjoy Peaky Blinders by buying or renting each season and episode.

There are two places you can rent or buy the show from:

Just click on one of the links above, and it’ll take you to the show’s page on each respective platform. You can then browse through the seasons or episodes. You can buy or rent entire seasons, or individual episodes.

In the case of Amazon, you might even be able to watch some of the seasons with your Prime subscription. If you’re in the US, the first two seasons should be directly available to you, while you can buy the other ones on top of that. Many Prime libraries, however, do not offer free watching of Peaky Blinders in their subscription. Instead, you’ll have to purchase separate episodes.

Google Play also has a product page for Peaky Blinders. However, while that listing exists, the show is unavailable to buy or rent on Google Play at the time of writing.

If you haven’t watched it yet, here’s the trailer for the first season:

If you want to binge the entire series (something we have all done well into the wee hours of the morning), it will take you 22 hours, and 48 minutes.

Will there be another season of Peaky Blinders?

Peaky Blinders season 6 is the last season of the show. It dropped in 2022 on BBC iPlayer and Netflix, and concluded (most of) the story.

However, the creators of the show intend to produce and launch a movie as an epilogue to the story of Peaky Blinders. Not much is known about the production and filming of this movie so far.

Peaky Blinders is a fascinating period-time drama and it’s a very binge-worthy show. If you want to enjoy it online, you can do so on Netflix or BBC iPlayer. If those platforms (or just the show on the platform) are not available in your country, you can use the tutorials above to get a VPN and circumvent regional restrictions. Some VPNs, like Kaspersky VPN, can also help you unblock access to streaming sites.

Interested to learn more about how to watch the best shows and movies online? Feel free to read our articles about:

If you want to find out more about watching Peaky Blinders online, check our answers to the most frequently asked questions on the topic below.

Is Peaky Blinders on Netflix?

Where can I watch Peaky Blinders?

You can watch the Shelby family’s struggle for power in 20th century England on Netflix and BBC iPlayer. However, the show is not available in all regions on these streaming platforms.

Even so, you can still watch it regardless of where you live. You’ll just need the help of a VPN. Read our article about watching Peaky Blinders online to find out more.

When will Peaky Blinders season 6 air?

Peaky Blinders season 6 officially started airing on February 27, 2022, on BBC iPlayer. Filming for the season wrapped up on the 28th of May 2021. This newest season has also become available on Netflix since June. Season 6 is the final season of this show, so make sure to tune in!

Theodor Porutiu Author
Tech writer
Theodor is a content writer passionate about the newest tech developments and content marketing strategies. He likes privacy-friendly software, SEO tools, and when he's not writing, he's trying to convince people they should uninstall TikTok.
Share this article
More articles from the "Streaming" section
October 19, 2022