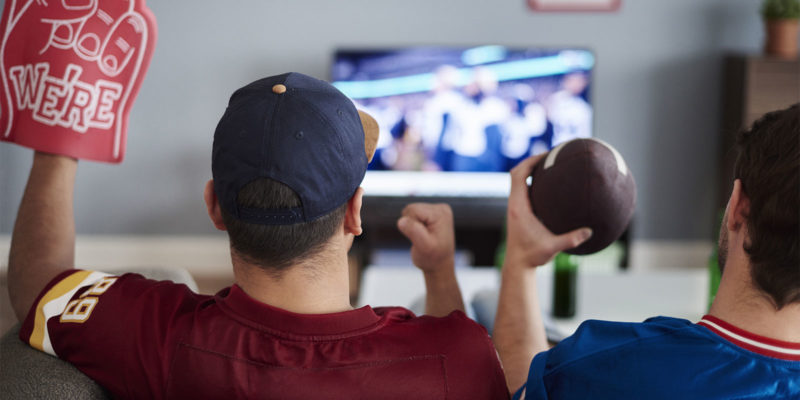 This Sunday at 18:30 p.m. ET Super Bowl LIV is going to take place. The National Football Conference (NFC) champion San Francisco 49ers will take on the American Football Conference (AFC) champion Kansas City Chiefs. The game will take place at Hard Rock Stadium in Miami Gardens (Florida). This will be the first time that the 49ers and the Chiefs will play each other in the Super Bowl.

In order to watch Super Bowl 54 for free you need a VPN and make an account on the UK website TVPlayer.com. If you don’t mind spending a little bit of money, you can also choose to get a paid subscription on streaming sites such as DirecTV, Sling TV, YouTube TV, Fox or DirecTV Now. If you want to watch it for free however, you can do this by taking the following steps:

Optional: if you don’t want to spend any money, you can get your money back from ExpressVPN and Surfshark because they both offer a money-back-guarantee.

To check out the VPN-providers mentioned above, click their respective buttons below:

This year, the San Francisco 49ers and Kansas City Chiefs will go toe-to-toe with each other to see who will take home the coveted Vince Lombardi Trophy. The Kansas City Chiefs are the favorites to win it all, according to the bookies, but not by a large margin. This is the 3rd time the Chiefs will play in the Super Bowl, although it’s the first time they’re in ever since the AFL-NFL merger in 1970. For the 49ers, it’s their 7th Super Bowl appearance and they won 5 of their last 6 appearances. All in all, it looks like it’s going to be a great game!

Another reason a lot of people tune in to the Super Bowl is to watch the halftime show. This year it will be performed by Jennifer Lopez and Shakira. With JLo and Shakira as performers and Demi Lovato providing the vocals for the national anthem, it’s going to be a Super Bowl with, yet again, a huge amount of star power.

David Janssen Author
Cybersecurity analyst
David is a cyber security analyst and one of the founders of VPNoverview.com. Interested in the "digital identity" phenomenon, with special attention to the right to privacy and protection of personal data.
Share this article
More articles from the "News" section
January 20, 2021