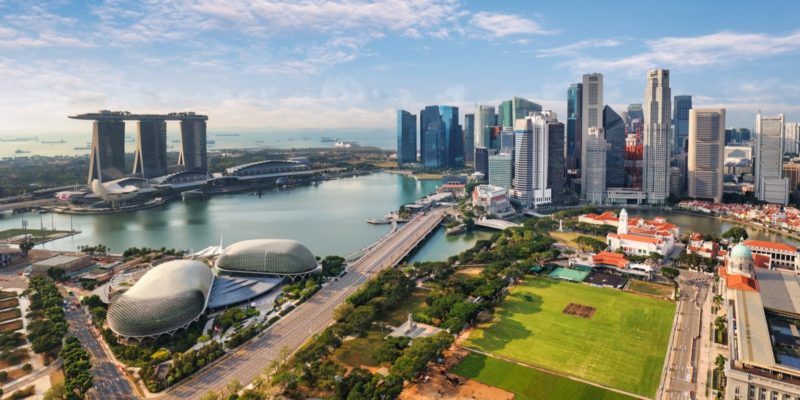 From August 11 all travelers entering Singapore, who are not serving their stay-at-home notice at a dedicated facility, will have to wear an electronic monitoring device throughout their 14-day quarantine period. Those found in breach of the new rules can be fined up to $10,000 and may face up to 6 months imprisonment.

Since March, all travelers entering Singapore have been issued with a stay-at-home notice (SHN). This means they are to quarantine for a period of 14 days at a dedicated facility or at their chosen place of residence. At the end of this period, they are to be tested at a designated facility before the SHN is lifted.

As of August 11, new measures will take effect for citizens, permanent residents, long-term pass holders, work pass holders and their dependents returning or traveling to Singapore. All travelers will have to wear an electronic monitoring device. Children aged 12 and below are exempted.

The devices are a change from the combination of text messages, voice and video calls and house visits the authorities have been using so far to ensure people are indeed staying at home. In a joint statement, the Immigration and Checkpoint Authority and the Ministries of Manpower and Education said that “the device will allow them to monitor those serving a stay-at-home notice more effectively”.

Significant Fines in Case of Breaches

Devices will be issued at checkpoints after clearing immigration. They are to be activated once the traveler reaches their place of residence. If it is not activated, the authorities will follow-up.

The devices use GPS and Bluetooth signals to track a person’s movements. Furthermore, authorities send intermittent notifications to the device, which the wearer needs to respond to in a timely manner. Any attempt to tamper with the device or leave the place of residence will trigger an alert.

If a person tampers with or removes the monitoring device during their SHN period, they face a fine of up to $10 000 or up to six months imprisonment, or both. Upon completion of the SHN, the device needs to be deactivated and thrown away, or returned following the instructions provided.

The monitoring device has 3 components:

As with any tracking device, there are of course privacy concerns. However, the authorities have confirmed that the data is encrypted end-to-end. Secondly, they have stated that the wristband itself does not hold any data.

Furthermore, only government officials authorized by their respective authorities will have access to the data, and then solely for the purposes of monitoring and investigation. Finally, the app will automatically lock down once the SHN period is completed.

The measure has been put into place to control the influx of travelers expected to arrive as soon as borders reopen. After being closed for almost five months, the borders between Malaysia and Singapore will reopen for various groups of travelers from August 10.

At the moment, Singapore allows travelers to transit through its main airport. However, borders remain effectively closed for most. There is a bilateral agreement with China for official travel and essential business. A similar arrangement is being explored with Japan. Furthermore, Singapore is in talks with some low risk countries, such as New Zealand, to reopen certain travel links.

At first, Singapore was being hailed as a country with a model coronavirus response. In addition, the country was one of the first to launch a nationwide contact tracing app, called TraceTogether, back in March. In an analysis of 25 apps, the Massachusetts Institute of Technology gave it 4 out of 5 stars. Many other countries based their contact tracing app on the Singaporean version.

However, Singapore’s initial success story was followed by a sudden surge of infections, similar to what several countries are experiencing now. The country introduced an eight week highly coordinated ‘circuit breaker’ to get on top of community transmissions. By doing this, Singapore managed to reel in their second wave of coronavirus infections.

The peak number of new cases per day has dropped from 1,426 on 20 April to under 300 today. The total number of cases stands at 53,000 with 27 deaths. Put in perspective: Singapore has a population of approximately 5.70 million, of which 1.68 are non-residents. It is the second-densest sovereign state in the world, after the microstate Monaco. Only around 11% of the population is 65 years old and over. The median age hovers around 40.