What is a Watering Hole Attack and How Do You Prevent It? 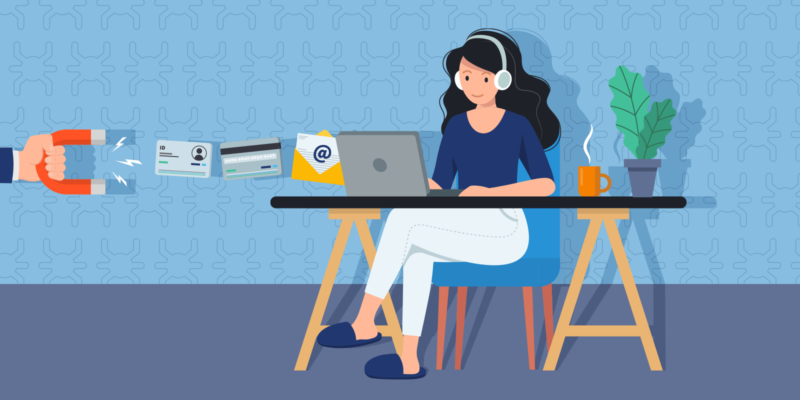 Summary: What is a Watering Hole Attack?

Hackers infect websites with some kind of malicious code or virus. Once the virus is downloaded onto the target device, the hacker can access the personal and sensitive information of the targets and even the organization. They can also spread fast and are difficult to detect. Hence, organizations must know how watering hole attacks can be prevented.

Here are some useful tips:

Individual users will benefit from regular, pre-emptive antivirus scans to ensure their devices are malware-free. Our top recommendation is Norton 360, which consistently outperforms the dozen other antivirus programs we’ve tested.

Want to know more about how watering hole attacks work and how they can be detected? Give the rest of the article a read.

What is a Watering Hole Attack?

The term watering hole attack is drawn from nature. The term “watering hole” refers to places, often bodies of water, where animals tend to congregate. Predators camp out near such watering holes to make their hunt easier.

In the digital world, cybercriminals identify websites or services frequently used by their targets. They then infect the website and lure their target users toward the compromised website. For example, in 2013, developers across leading technology companies like Apple and Facebook were targeted using a fake Apple development website.

A watering hole attack aims to infect the target’s system and gain access to personal information, trade secrets, and intellectual property. As a result, the websites of large organizations or high-profile groups are the most frequent targets of watering hole attacks. In some cases, hackers target individual devices to build their botnets.

How Does a Watering Hole Attack Work?

A watering hole attack is not a kind of exploit or malware. Instead, it refers to the hacker’s strategy to infect the target user’s devices. The steps involved in the strategy are listed below:

The first step in opportunistic watering hole attacks is identifying the website or service most frequently used by the intended victim. The hacker uses search trends, social media, and similar data to identify such websites. The security of the target website is another important factor in identifying the watering hole.

Once the attacker has identified the target website, they will analyze it to identify weak spots. Usually, attackers inject malicious code, usually a remote access trojan (RAT), into the website’s script. They usually exploit plug-ins, such as JavaScript and ActiveX, to compromise the website. In some cases, watering hole attackers may also exploit zero-day vulnerabilities in the website to insert malware.

Now, the trap is set, and the hacker will wait for users to land on the site and activate the malicious code.

Not all watering hole attacks involve this step. Luring refers to emails or messages that the hacker sends to intended victims to lure them to the fake or compromised websites. As discussed above, the website is one that a group of users frequent. Hence, hackers send them context-specific and relatable emails to lure them to the website.

Water holing occurs when the victim visits the site and downloads the malicious payload onto their device. The download can be triggered automatically, without the victim knowing, in what is known as a “drive-by download.” In other cases, the victim is presented with a pop-up or advertisement redirecting them to a malicious website or program.

Once the malicious payload is downloaded, the watering hole attacker can achieve a variety of objectives. They can gain access to the victim’s information, infiltrate other devices on the network or include the victim’s device in their botnet.

Water holing has been used to breach the cyber defenses of some of the world’s largest companies. Here are a few watering hole attacks that received significant public attention.

Developers are often the targets of watering hole attacks as they have access to a company’s internal networks. This 2013 water hole attack targeted Microsoft, Apple, and Facebook developers by using a fake iPhone SDK development website. Users who visited the site were infected with a trojan virus.

While the attack primarily focused on developers in these companies, it spread to other firms across industries, including auto manufacturers and U.S. government agencies.

CCleaner is a widely used utility tool that cleans up your device’s memory. One of its distributions was infected with a trojan that the site unwittingly spread to 2.27 million users. The attack targeted telecom equipment companies in the United States, Japan, South Korea, and Taiwan.

Once the infected CCleaner was downloaded onto a user’s device, it sent back information about who the device belonged to. If it belonged to an employee in a telecom company, another malware was downloaded that allowed hackers to take over the computer.

While the vulnerability spread to several devices, only a few were affected. As per Avast, which owns CCleaner, only about 23 total devices were infected by the exploit.

OceanLotus is a well-known cyber-espionage group that has been active since 2012. In 2018, it carried out a large-scale watering hole attack aimed primarily at the Vietnam government. Nearly 21 sites associated with the Vietnamese government were infected by the attack.

The attack involved a complex multi-stage process. The first stage checked the user’s IP to determine if they were from Cambodia or Vietnam. The second stage was triggered if the IP was traced to either of these countries. In this stage, the hacker triggered the download of malware that allowed them to control the infected device.

Pro-democracy protestors in Hong Kong were targeted by an unknown group using a watering hole attack. The attack was spread using the website of a popular radio station, as well as other fake websites.

It exploited a zero-day vulnerability to install a backdoor, known as DazzleSpy, in iOS and macOS devices. Once the backdoor was installed, hackers could successfully execute various functions, including searching for files, executing programs, renaming and deleting files, and even starting or ending remote sessions. Now that we know what water holing is, let’s understand how you can tell when you’ve been the victim of one. As we mentioned earlier, the attack can be hard to detect until it spreads to a few devices. However, there are a couple of telltale signs you and your organization should look out for:

Suppose you’re experiencing some of the above signs. In that case, you must run an antivirus scan at the earliest to ascertain whether you’ve fallen prey to a watering hole attack or another exploit.

How to Deal with Water Holing

Let’s say a watering hole attack has hit you or someone in your organization. What are the steps you should take for remediation?

Here’s what we recommend:

The above steps should help limit the damage a watering hole attack can cause. However, it’s always better to take preventive steps that avoid such an attack in the first place. Some effective preventive measures are outlined in the next section.

The best way to deal with water holing is by preventing one from happening in the first place. While it may not be possible to avoid watering hole attacks entirely, the following steps should decrease their likelihood significantly.

Please do note that most of the steps listed below cater to organizations, as they are the primary victims of watering hole attacks.

For individual users, water holing can be prevented, to a large extent, by having a robust antivirus scanner and firewall in place. We would recommend Norton 360, our highest-rated antivirus scanner, as its suite of features includes virus scanning, advanced threat protection, and protection against identity theft. Read our review of Norton 360 to learn more, or visit its website through the button below.

Check out the latest deals on Norton 360

In fact, aside from water holing, several exploits rely on social engineering to achieve their purposes. Some of these are:

Protect Yourself Against Water Holing Today

A watering hole attack can be pretty devastating for organizations (and individuals), leading to compromised devices and leaked information. The tips we’ve highlighted above should help you detect, remove, and protect against potential watering hole attacks.

Of course, the most important takeaway from the article is that you should be vigilant and careful about your online actions. Given the sheer number of threats online today, it’s advisable to adopt a cautious approach — especially regarding suspicious emails, messages, and pop-ups. Additionally, keep an antivirus scanner, such as Norton 360, installed and updated on your devices at all times.

Learn more about some major threats on the internet in the following articles:

What is a watering hole attack?

In a watering hole attack, the hacker targets a site or application frequently used by members of the target group. The website is infiltrated with a malicious script that either redirects users toward malware or triggers its automatic download on the user’s device.

The objective is to infiltrate the device and obtain sensitive and personal information, such as intellectual property and trade secrets. Learn more about watering hole attacks in this article.

How does a watering hole attack work?

Get a detailed explanation of how watering hole attacks work here.

Social engineering refers to manipulating targets to obtain sensitive and personal information. In water hole attacks, users are manipulated into believing they are using a safe website or carrying out instructions from a superior. Hence, watering hole attacks are a part of social engineering.

What are the key ways to identify watering hole attacks?

Watering hole attacks can be difficult to identify until they’ve infected a solid number of targets. However, some early signals users and organizations can watch out for are:

Learn more in our written guide about identifying water holing.

Mohit Chawdhry Author
Tech journalist
Mohit is a legal and public policy researcher whose work focuses largely on technology regulation. At VPNOverview, he writes about cybersecurity, cryptocurrencies and sports events.
Share this article
More articles from the "Cybercrime" section
June 23, 2022