Signal App No Longer Works In China Without A VPN 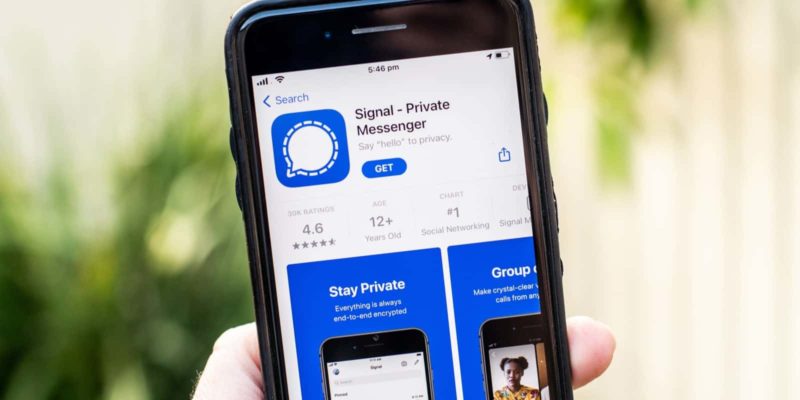 Cross-platform messaging app Signal no longer works in China. Both the app and its website are now unavailable without a VPN. For now, Signal remains available in Apple’s China app store and is reportedly still working in Hong Kong.

Earlier this week, Chinese users reported that Signal had stopped working. They could no longer send messages via the app nor receive verification codes. This makes it impossible to sign-up or retrieve a forgotten password, for example.

It is not clear whether the blocking of Signal is temporary or permanent. The app is still available in Apple’s China App Store and it still works in Hong Kong. This region was largely autonomous until recently, but China is taking steps to take back control.

The Chinese government has not made any announcement about Signal being officially blocked or banned in the country. Signal has also not put out a statement yet either.

Only Available with a VPN

China has been blocking more and more apps and services from abroad. For example, Google services are unavailable in China and the Chinese cannot use WhatsApp or Facebook. Some people bypass the Great Firewall of China with a virtual private network (VPN), as this can hide the user’s location. Currently, Signal only works with a VPN.

Although it’s possible to get around blocks and restrictions with a VPN, this method does not always work. In 2017, the Chinese government officially banned all commercial VPNs that don’t have government authorization. They also crackdown on individuals distributing VPNs. Last year, for example, a man was arrested for selling VPN services in China without proper approval.

Users sometimes set up a VPN before they return to or visit the country. ExpressVPN and NordVPN are among the best VPNs to use in China. Another highly recommended VPN is VyprVPN, which uses an encryption protocol called Chameleon that effectively combats VPN blocking.

The Messenger App Landscape in China

China has about 1 billion internet users – that’s more than three times the US population. This resulted in a fast-growing mobile app market.

When it comes to messaging apps in China, there’s basically WeChat… and WeChat. The Chinese messaging, social media and mobile payment app, developed by Tencent Holdings, was released exactly a decade ago. It now has a penetration rate in China of over 90% and approximately 1 billion monthly active users.

User activity on WeChat, however, is tracked, analyzed and, upon request, shared with the Chinese government. In May 2020, Citizen Lab published a study that documents how WeChat conducts surveillance and uses monitored content to train censorship algorithms.

Another popular app is QQ. This messaging app is also owned by Tencent. It used to be China’s most popular instant messaging app before WeChat. The platform’s number of active users reportedly fell 6% in the third quarter of 2020, compared with the year before, to 617 million.

In January this year, the desktop version of QQ Messenger was caught scraping the web browser history of users. They quickly released a new version and claimed they were only “checking whether malicious programs were using certain websites to access QQ”.

Other Chinese messenger apps are Toilet, Duoshan and Bullet Messenger.

Challengers Emerge… and are Being Crushed

Momo is a location-based social and instant messaging app. It actually began as a dating app, but gained popularity only when it began promoting itself as a social platform. Last year, its growth was curbed when the Chines government cracked down on the app citing “improper content”. It now has around 113 million monthly active users, down a million from a year ago.

Signal counts over 500,000 downloads on iOS, a relatively low number compared to its big brothers, but its user base was growing rapidly. Signal counted 9,000 new downloads from the China App Store between January 8 and 12, up 500% from the period between January 3 and 7. All Signal traffic is end-to-end encrypted. The app also protects users against MITM attacks, where hackers try to intercept traffic. Many people find it an excellent alternative for WhatsApp, for example.

Telegram currently has 400 million active users around the world. The number of downloads on China’s App Store has reached close to 3 million. It was the first chat service to use end-to-end encryption. The Chinese government officially blocked the app in 2015. During the 2019-2020 Hong Kong protest many participants used Telegram to evade government surveillance.

Sandra Gyles Author
IT communication specialist
Sandra has many years of experience in the IT and tech sector as a communication specialist. She's also been co-director of a company specializing in IT, editorial services and communications project management. For VPNoverview.com she follows relevant cybercrime and online privacy developments. She rigorously tests the quality of VPN services using VPNOverview.com's dedicated VPN testing protocol that has been finetuned and optimized over the years.
Share this article
More recent news about VPN and Privacy
August 19, 2022